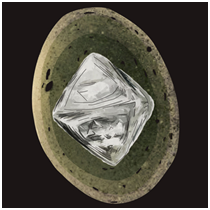 Kimberlite volcanism typically involves the formation of diverging pipes or diatremes (see image below), which are the locus of high-intensity explosive eruptions. The talk will first provide an overview of diatreme formation. I will then focus on a conspicuous and previously enigmatic feature of diatreme fills known as ‘pelletal lapilli’ — well-rounded clasts that consist of an inner ‘seed’ particle with a complex rim, thought to represent quenched juvenile melt. Such clasts are widely documented in a range of pyroclastic successions on Earth, yet are not fully understood. New observations of pelletal lapilli in kimberlites show they coincide with a transition from magmatic to pyroclastic behaviour, thus offering fundamental insights into eruption dynamics and constraints on vent conditions.

We provide strong evidence that pelletal lapilli form by fluidized spray granulation — a coating process used widely in industrial applications, including the chocolate industry. We propose that pelletal lapilli are formed when fluid volatile-rich melts (akin to molten chocolate) intrude into earlier volcaniclastic infill close to the diatreme root zone. Intensive degassing produces a gas jet in which locally-scavenged particles are simultaneously fluidized and coated by a spray of low-viscosity melt. Most fine particles are either agglomerated to pelletal coatings or elutriated by powerful gas flows. The origin of pelletal lapilli is important for understanding how magmatic pyroclasts are transported to the surface during explosive eruptions, where they can be asociated with high diamond grades. A similar origin may apply to pelletal lapilli in a range of alkaline volcanic rocks. 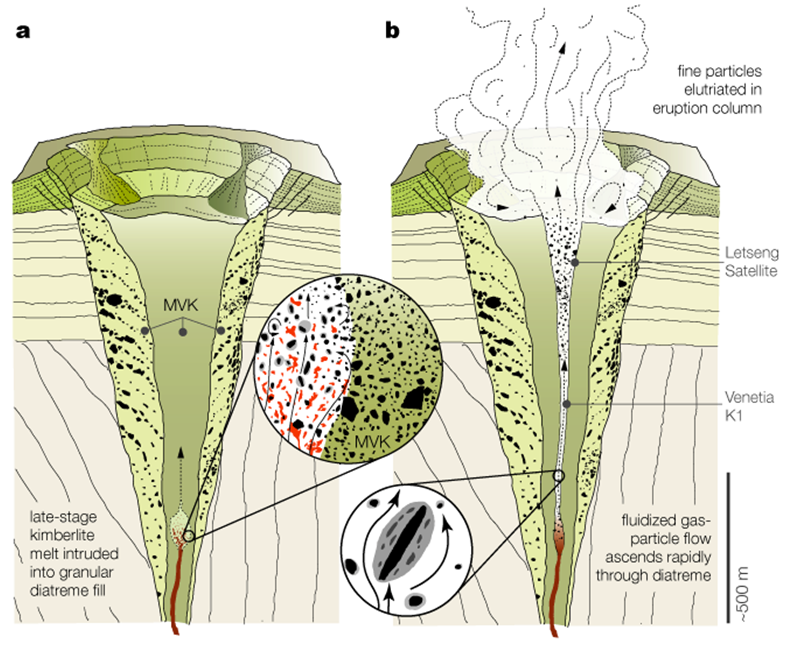