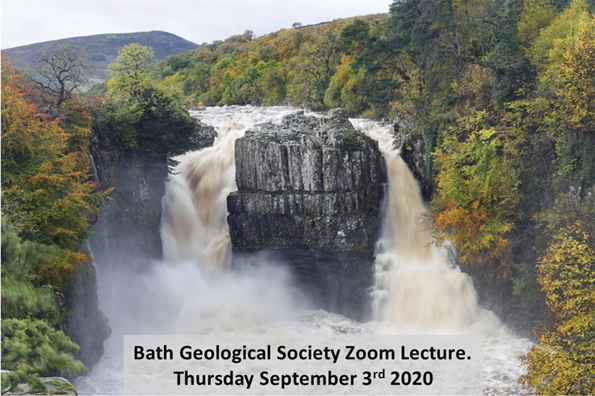 This lecture will be held virtually via zoom.

The Whin Sill intrusion has given rise to many of the scenic features in the northern Pennines, such as High Force waterfall and the escarpment along which Hadrian’s Wall is built. This illustrated talk will examine the geology of the Alston block in the northern Pennines and present a new model for the source of the Whin magma to that which is presently accepted.

Dr Doug Robinson is a local geologist and retired lecturer from Bristol University. Doug has research interests in low-grade metamorphism and geochemistry.

If, as a non-member you would like to register for this lecture and would like to make a donation to the Bath Geological Society in lieu of paying for a ticket then please visit our eventbrite page HERE.

Alternatively, if you do not wish to make a donation you can register by contacting [email protected].

Thank you for your support of the Bath Geological Society.

About the Alston Block

The Alston block covers much of Durham and the eastern parts of Cumbria, and forms the northern part of the Pennine range. It is faulted on the northern, southern and western edges, and dips eastwards under the North Sea. The block is dominated by a Carboniferous sequence with the oldest rocks in the west and youngest in the east. It is well known for its mining history from the coal in the east to the metalliferous deposits over the central and western areas. The different ideas on the source of the mineralising fluids provide a fascinating tale that will be examined. The block is also well known for the Whin Sill intrusion, which has given rise to many of the scenic features in the area such as High Force waterfall and the escarpment along which Hadrian’s wall is built. The sill is also well known as being the type example used in arguments against the very early geological idea that igneous rocks were precipitates from sea water. The heat from the intrusion has caused contact metamorphism that has given rise to a wide range of minerals, and is well known for the development of the so-called sugar limestone on which a relict artic flora is developed in Upper Teesdale. The presently accepted model for the Whin Sill intrusion is that the magma was fed from one of the dykes bordering the block. This model does not accord with many features of the sill intrusion, and a different model will be presented based on the contact metamorphic pattern associated with the intrusion.